The Adrenaline Paragliding Team Gornje Posočje was founded at the UOZ on December 21, 2003 in Kobarid. The idea for ​​founding this Association and its goals was introduced by Dušan Vulikić. Founding members Klavdij Rakušček, Edvin Berginc, Sebastjan Kostadinovič, Paolo Macorig, Andraž Pignatari, Igor Kurinčič, Dušan Vulikić, Marjan Medvež, Dejan Luzar and Aleš Mišič unanimously adopted a decision on the establishment of the Paragliding Association. At first they chose the name of the association, adopted the statute, elected the board of directors and supervisory board committee members, the president, secretary and treasurer.

The name ADRENALN Paragliding Team was first time used as the name of a team (Klavdij Rakušček, Andraž Pignatari, Andrej Pogačar, Sergej Čujec) at the national championship in overflights on Krvavec, so we chose the same name for the name of the association, we only added Gornje Posočje to immediately place us to the beautiful Soča Valley where according to many pilots the flying conditions are the best.

Klavdij became the first president of the Association with his secretary Seba and treasurer Edvin standing by his side and we set up the headquarters of the association in Drežnica. The official part was done and we toasted the newborn association. Shortly afterwards, it was necessary to roll up our sleeves and start arranging paperwork and achieving of set goals. There have been many of set goals and we hope that we will never run out of them in the future and that all members will work for the benefit of paragliding in our beautiful valley.

Currently the club has a good number of members who strive for the best possible functioning of the club and actively participate in activities related to it. Special emphasis should be placed on the members of the board of directors, which consists of: club president Matija Kurinčič, treasurer Kristjan Kuščer, secretary Katarina Walland and board members Klavdij Rakušček and Žan Kurnčič. 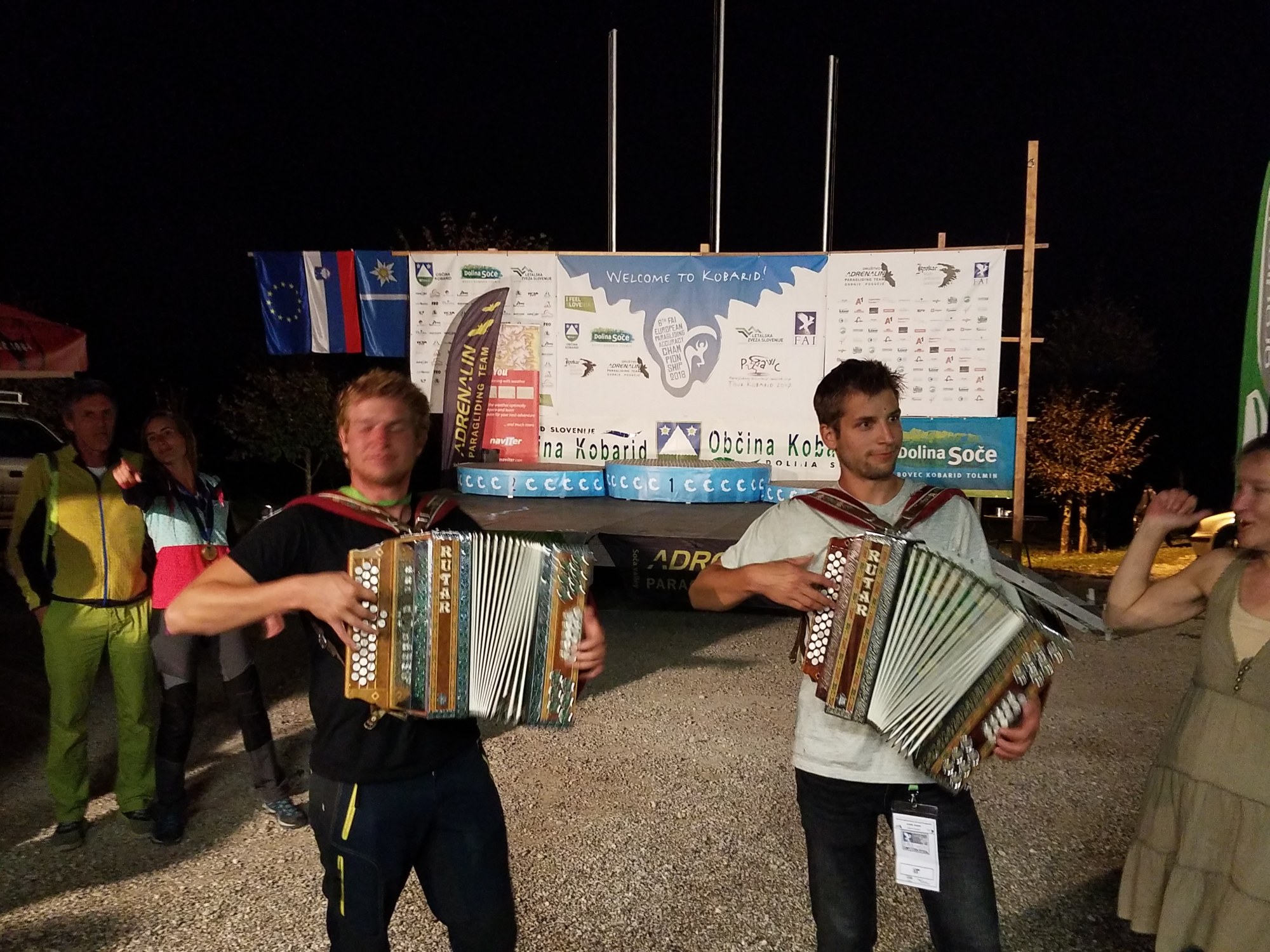 The association pays a lot of attention to paragliding courses, training new members, participating in competitions and organizing them (some of which have become traditional) and taking care of launch sites and pure nature.

The introductory paragliding course is usually conducted at the end of the flight season and students learn the basics theory and flying technique. The course takes place on the school field above Drežniške Ravne. After successfully completing the introductory course and gaining sufficient experience in the air, the trainees are ready for the advanced course and taking the paragliding pilot exam. 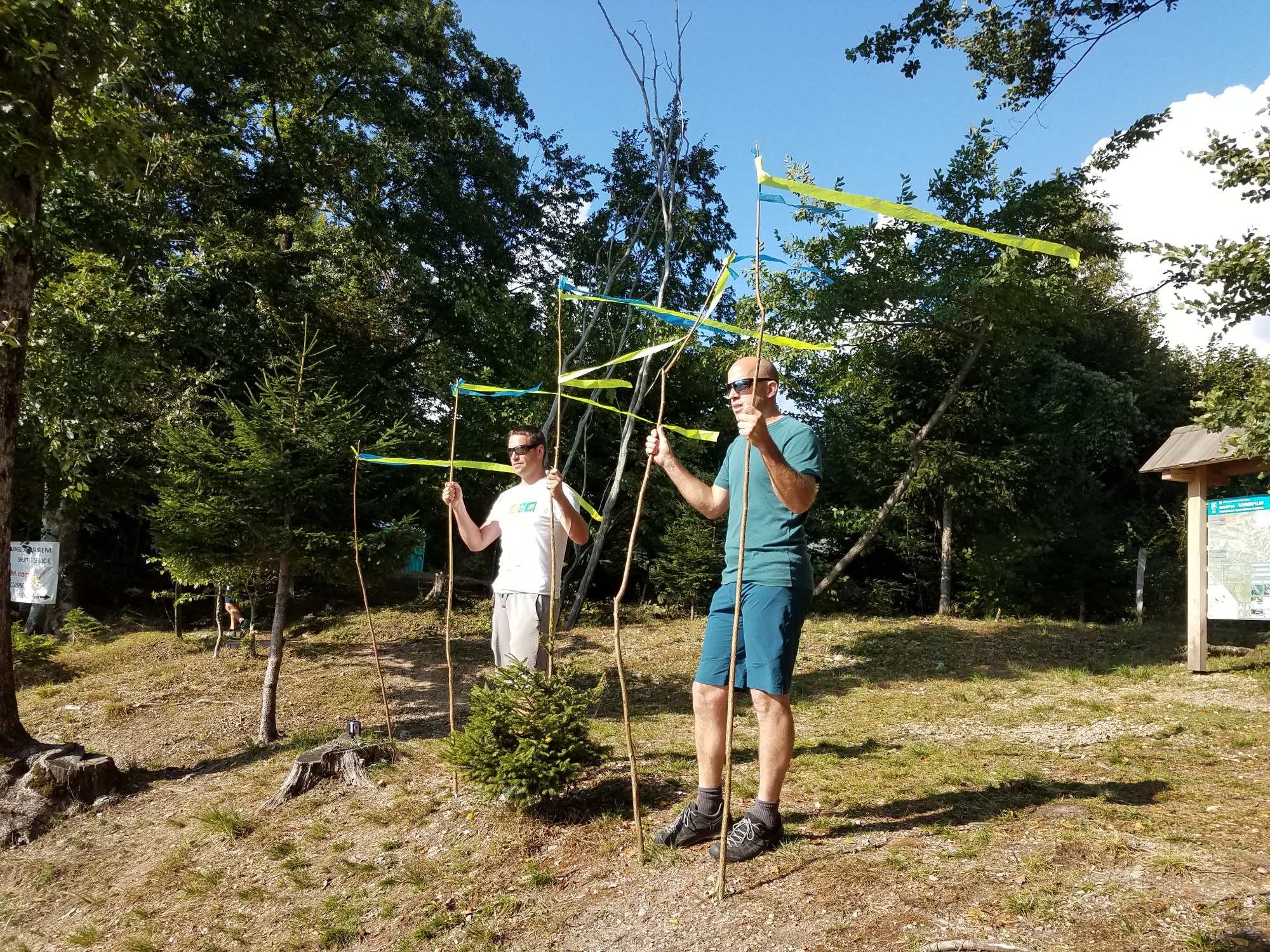 The association has an established tradition of organizing some high-profile competitions. These were landing accuracy competitions initially, but now these are mostly overflight competitions. The favorable location of the Soča Valley, the varied alpine mountains and the still strong influence of the sea create unique conditions for flying. In the past, larger world-class competitions and plenty of smaller national competitions have taken place on our airfields.

Most of us desire to fly. If you are gathering the courage to do it alone by yourself our experienced pilots and instructors will take you under the sky in tandem. All you need is proper footwear and plenty of good will, all other equipment will be provided by your pilot. This is the fastest way to find out if paragliding is the right sport for you. 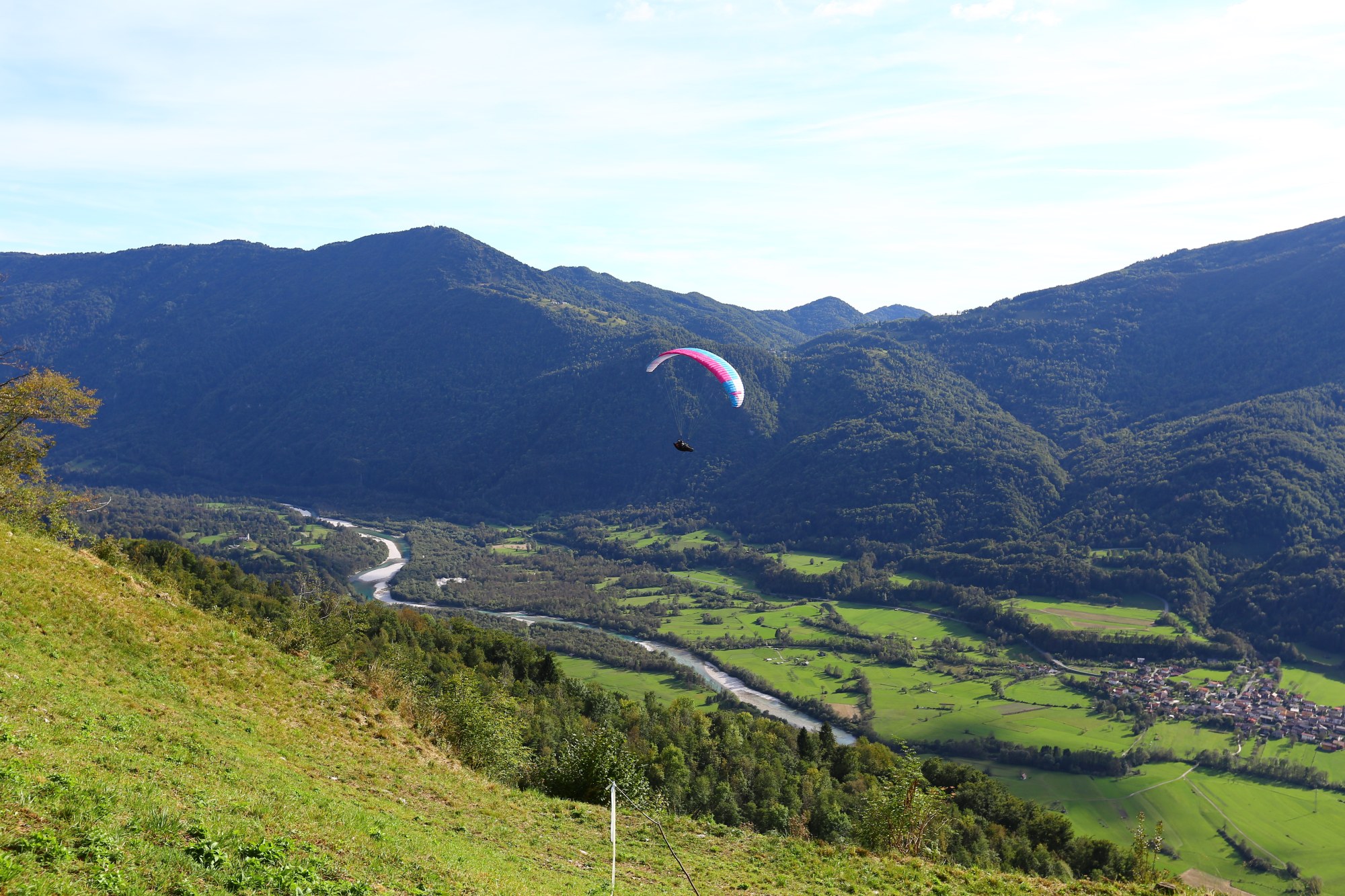